In the Banking industry, change is inevitable. In fact, the Senate has recently passed S.2155 which is known as the “Economic Growth, Regulatory Relief, and Consumer Protection Act.”  If passed by the House of Representatives, this law would relax some of the Dodd-Frank requirements for community banks.

While not as aggressive or comprehensive as the Choice act that passed in the House of Representatives last June, S.2155 is designed to bring relief specifically to the banking industry.

The Executive Office of the President issued its support to the bill by saying “ Specifically, the bill would advance the principles of: (1) fostering economic growth (2) making regulation efficient, effective, and appropriately tailored and (3) empowering Americans to make independent financial decisions and informed choices in the marketplace.”

Here are some important things that S.2155 will do:

Now what exactly does all of this mean for community banks?

S.2155 will create a safe zone for community banks. Protecting these smaller banks from overbearing regulation so long as they keep the mortgages on their own portfolio instead of selling it to third party entities. Then with an exemption from the Volker Rule, banks will again be able to participate in proprietary trading with their own accounts for personal profit.

S.2155 is roughly 100 pages and so in this article we have barely begun to scratch the surface of the implications associated with this bill.

Is Your Institution Not Getting the Attention It Deserves? Let's Change That.

It's every financial institution's worst nightmare: you sign up for service with a software... 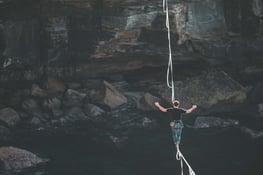 3 Ways to Protect Your Bank and Borrowers from Delinquency Risk

Bankers and borrowers have a common enemy, and that enemy is risk. That’s why in today’s post I’m...